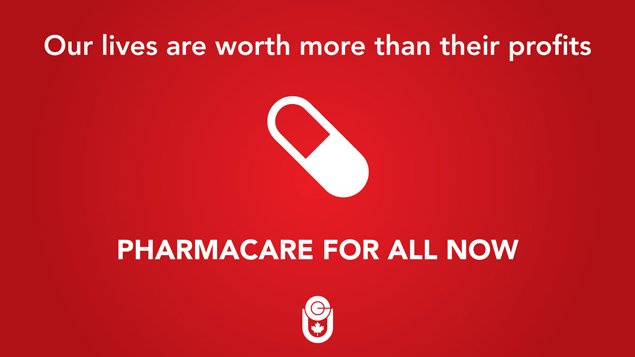 Update: The Pharmacare motion has now passed at the Senate.

Originally posted on the Confederation of Canadian Unions

With the COVID-19 health crisis shutting down parliaments, businesses and almost everything else in countries throughout the world, it’s easy to miss out on some other important news events taking place.

Last week, NDP Member of Parliament Don Davies introduced an opposition motion on Pharmacare for All, which acknowledged the government’s intention to introduce a universal, single-payer, public pharmacare program and implement the full recommendations of the final report of the Hoskins Advisory Council. On Friday, March 13, it passed with unanimous consent in the House of Commons.

The Trudeau government promised in the federal election to create Pharmacare for All but have not yet delivered. The NDP motion was meant to get broad party support and commitment to move forward with a national drug program.

For years, the CCU has advocated for a public pharmacare program, and with this motion, we take a big step in that direction. The motion doesn’t specifically create the program and raise the necessary funds for it, but it does hold the Liberal government to account to do so very soon.

And during a global health crisis, the timing of this isn’t without irony. It shows that even during the most difficult of times, there’s always a little bit of hope that shines through.