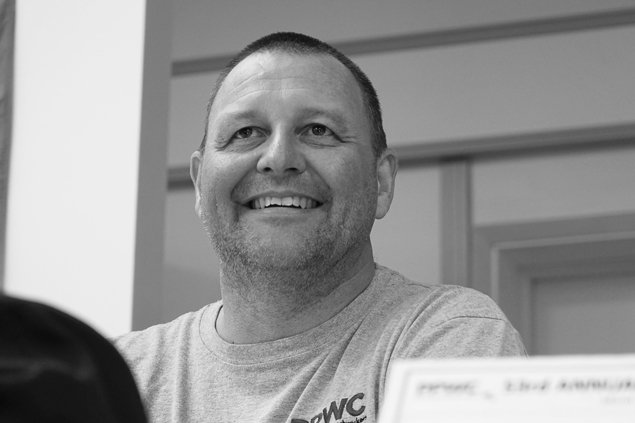 Opinion: There are solutions available that support forest-dependent communities while addressing ecological, climate emergencies we face.

April 30 will mark one year since the B.C. government received the Old Growth Strategic Review (OGSR) panel’s report, its blueprint for a paradigm shift in B.C.’s forest sector. One that, if fully implemented, would protect remaining endangered old-growth forests, advance reconciliation with First Nations and chart the transition to a value-added, predominantly second-growth forest sector in B.C.

The new forests minister is adamant forestry workers and communities be supported while any changes in the sector take place. She’s right, and there’s still work to be done to understand and address the socio-economic impacts of the OGSR’s recommendations. But the minister must first acknowledge that continued reliance on B.C.’s dwindling old-growth resources is neither sustainable nor responsible and does no favours for forest-dependent communities that can and must diversify before the province’s old-growth stands are depleted.

She must also acknowledge that status quo forestry is already undermining community resilience and failing to safeguard forestry jobs.

In the last two decades, roughly 55,000 forestry jobs have been lost and more than 80 mills have closed. The reasons for this are complex, but on the coast, it’s resulted from decades of short-sighted government and industry mismanagement; historic overcutting of valley bottoms with the biggest, most valuable trees; diminishing returns as productive forests become costlier to access and trees become smaller as fallers move higher up the valley slopes; a failure to retool mills to process smaller and second-growth trees; and the export of massive amounts of raw, unprocessed logs overseas.

The major forestry companies aren’t the job creators they tell us they are. Instead of planning for the future, they’re managing for decline. Once B.C.’s highest value forests are exhausted, they’ll move on, leaving shuttered mills and economic hardship behind. It’s up to the B.C. government to course-correct and deliver the paradigm shift it promised while providing meaningful support to those most impacted. But nearly a year since the OGSR report was completed, there’s no sign of the transition plan the province was meant to have completed within six to 12 months.

This isn’t for lack of opportunity. Forest workers have long been calling on the province to curtail B.C.’s raw log exports, which ballooned to an unprecedented average of almost six million cubic metres a year between 2015 and 2019, taking good-paying jobs with them. After vowing to curb raw log exports while in opposition, the B.C. NDP government must now translate their intentions into action.

The NDP could also develop regulations and incentives to facilitate a shift to value-added, second growth manufacturing; retrofit B.C. mills to accommodate the changing forest profile; and support innovative wood processing technologies — well beyond its mass timber initiative — to build the forest sector of the future, one based on getting as much value out of B.C.’s forests as possible to generate sustainable jobs while reducing the AAC (annual allowable cut) and protecting at-risk old-growth.

And where it’s not yet feasible to fully switch to second-growth harvesting, the province must work with municipalities and First Nations to diversify local economies by aggressively pursuing value-added wood and other manufacturing capabilities; sustainable, alternative natural resource development opportunities; cultural and ecotourism; ecosystem restoration; and more.

At the same time, logging deferrals in the last 2.7 per cent of B.C.’s at-risk old growth forests are urgently needed to create the “solution space” required to develop long-term conservation and forest management strategies while ensuring productive old-growth is still standing when all is said and done. Allowing these last low-elevation ancient forests to be logged while developing a plan for how to best manage them would be reckless and inexcusable.

A critical key to “unlocking” opportunities for additional deferrals, economic transition and long-term old growth protection is funding. By allocating funds in the 2021-22 budget to alleviate the economic pressure faced by many First Nations — thereby making logging deferrals an economically viable option — and to support Indigenous-led land use planning, the province would advance reconciliation and Indigenous self-determination while safeguarding high-risk old growth forests.

Subsequent budgets need to then support conservation financing for First Nations and the creation and stewardship of a large, interconnected network of Indigenous Protected Areas that safeguards at-risk ecosystems and perpetual access to cultural resources like monumental cedar, medicines and salmon.

Finally, B.C. needs to start bringing its laws and policies into harmony with the UN Declaration on the Rights of Indigenous Peoples, as it set out to do under the province’s 2019 UNDRIP legislation, including those relating to land use, forestry and other resources sectors.

Those with vested interests in the status quo will continue to pit old-growth protection against the need for jobs, but they’re ignoring the reality that there are many solutions available that support forest-dependent communities while addressing the ecological and climate emergencies we all face.

It’s critical that these steps — all necessary to ensure the successful implementation of the OGSR’s report — be undertaken fully and simultaneously. British Columbians will not accept half-measures or tinkering around the edges of the complex issues facing B.C.’s forest sector, endangered ecosystems and communities. Yes, more analysis and consultation is needed to steer the forest sector in a new direction, but there is no time to waste either. Now is the time for the B.C. government to be bold.