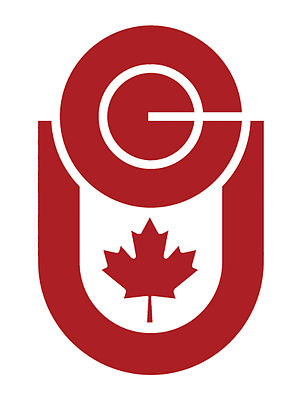 The Confederation of Canadian Unions was founded in 1969 on the initiative of Kent Rowley and Madeleine Parent, both of whom have been called by authors and historians as two of the finest labour organizers in our country’s history.

The CCU is dedicated to the establishment of a democratic, independent Canadian labour movement free of the influence of American-based international unions. The CCU is the nation’s largest federation of independent labour union, including approximately 7,500 members in four affiliated unions, in both the public and private sector.

The Confederation of Canadian Unions also supports affiliates during labour disputes, difficult economic times and has established a travel pool to assist affiliates with travel expenses to ensure the greatest amount of participation by members and bottom-up democracy.The CCU has been a progressive leader in the struggle for workers’ rights and social justice for all Canadians and was the first labour federation in Canada to call for equal pay for work of equal value. 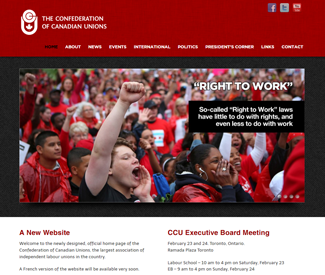 The CCU and its affiliates are active in the struggle for a new world based on the ideals of equality, democracy, environmental sustainability and solidarity.  It supports, participates and works co-operatively with many social activist groups, including the Canadian Centre for Policy Alternatives, the Maquila Solidarity Network, Council of Canadians, the International Civil Liberties Monitoring Group (ICLMG), various health coalitions, Make Poverty History, and Gathering Place, among others. We write submissions and lobby all levels of government on issues such as health care, education, pay equity, social services, forestry, fair trade, and labour standards for workers.

The PPWC has been a proud and active member of the CCU for decades.

Visit the new website for the Confederation of Canadian Unions: www.ccu-csc.ca.