September 7 commemorates Labour Day, one of the most important days on the calendar for workers.

On March 25, 1872, the Toronto Typographical Union takes up the cause of the “Nine-Hour Movement” and goes out on strike when its demands for a shorter workweek are ignored. A few weeks later, ten thousand people participate in a parade to show support for the striking workers.

George Brown, then politician and editor of the Toronto Globe, hits back by launching legal action against the striking workers. At the time, union activity is still considered a criminal act under Canadian law. Brown has police arrest and jail 24 members of the strike committee for conspiracy. The arrests are protested, and the Prime Minister at the time, Sir John A. Macdonald, promises to repeal the “barbarous” anti-union laws.

The Trade Unions Act is passed by Parliament on June 14, 1872, legalizing unions. In the years following, parades were organized in honour of the Toronto demonstration. The celebration was officially recognized on July 23, 1894, when the federal government made Labour Day a national holiday.

The Confederation of Canadian Unions produced these beautiful postcards to celebrate Labour Day in 2020. 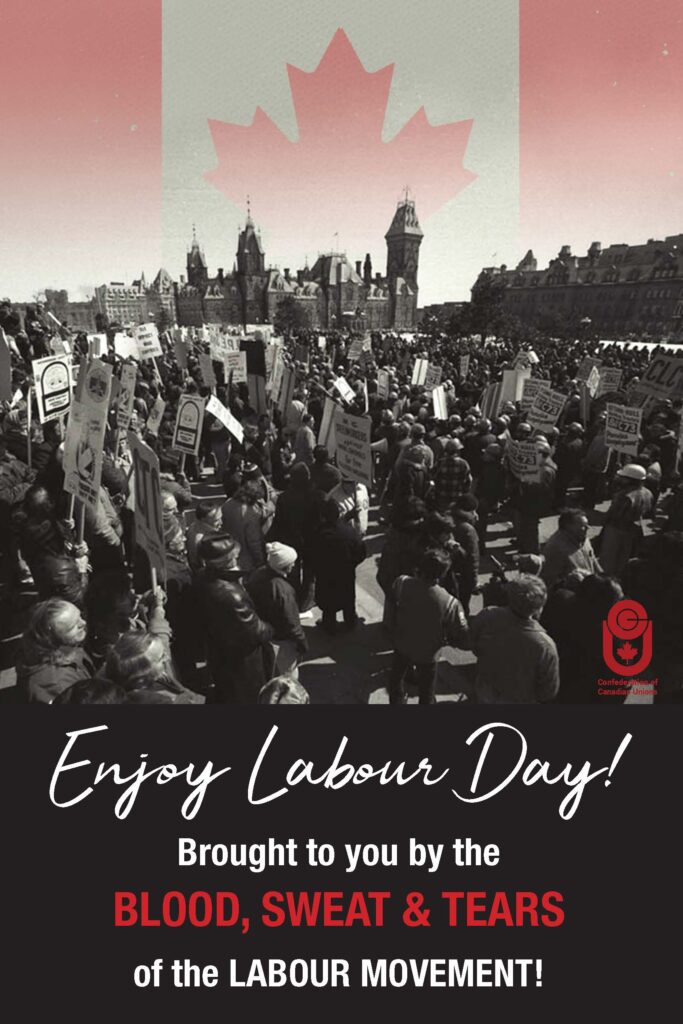 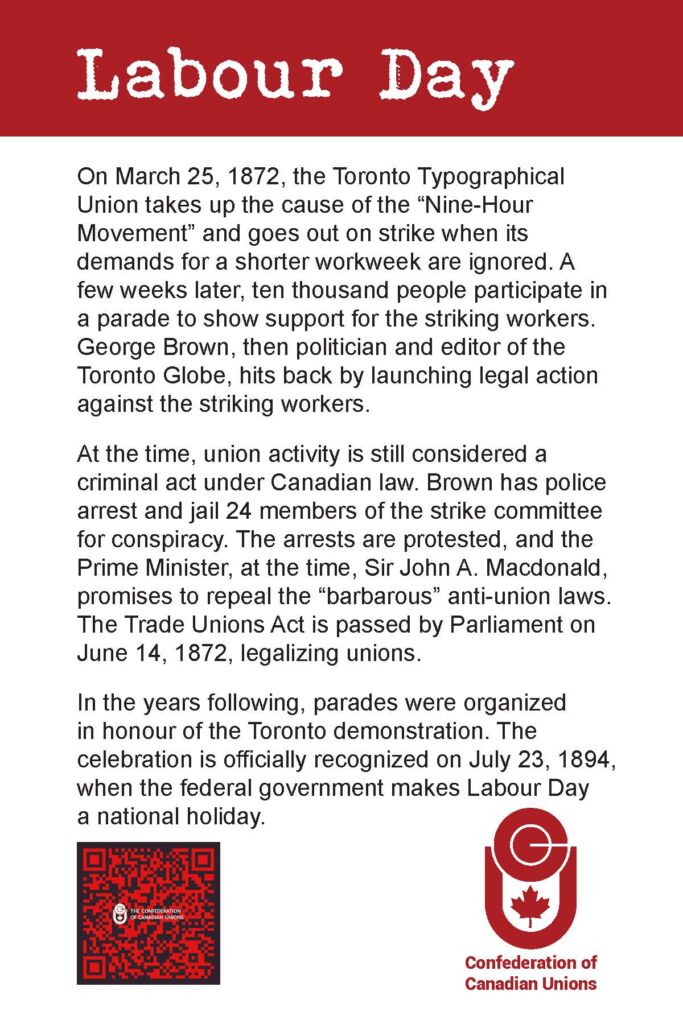