Joining a labour union is one of the best and influential decisions a worker can make in his or her life. Unions have a long history of protecting the rights of workers, fighting for social justice and equality, and bettering the working lives of millions of Canadians.

The long-term benefits of becoming a member of a union are enormous. Statistics show that, in Canada, workers have far better working conditions, an average of 29% higher pay, superior benefits and pensions, longer paid vacation time, and safer and more democratic and egalitarian workplaces.

This so-called “union advantage” is even higher for women, people of colour, persons with special needs, and part-time employees.

It’s about the membership. That’s what drives the PPWC, and I think it’s what sets us apart from other unions. One of the things I really like about the PPWC is the openness, the ability to ask anything and get a quick answer. I think that young people today have the expectation that good wages and working conditions was just given to us by companies, when in fact, they’ve been fought for by union members who have come before us.

The Public and Private Workers of Canada (PPWC) is a proudly democratic, independent union consisting of thousands of workers from a variety of industries throughout British Columbia and Vancouver Island.

PPWC locals represent workers within thirty-six certifications, including health care, education, the wood industry, manufacturing, chemical plants and recycling, as well as working professionals and skilled trades persons. PPWC members work and live in dozens of communities throughout the province.

The PPWC is affiliated to the Confederation of Canadian Unions (CCU), a labour central created in 1969 and composed solely of independent, democratic unions from across the country. 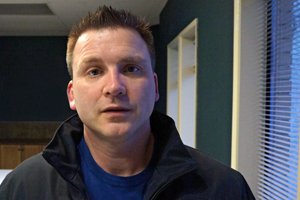 I’m been part of several unions. The thing I like most about the PPWC is the autonomy you have locally, the fact that you have a say in how money is spent and how you operate. That’s not the feeling I got when I belonged to the bigger unions. The most important thing about belonging to a union is that someone always has your back… you have support and someone helping you out all the way down the line. If you’re out there and feel like you need good representation and someone to talk to, get a hold of the PPWC. Somebody from the union will come out and talk to you. I think you’ll be very happy with your decision.

A UNION BASED ON DEMOCRACY

The constitution of the PPWC is structured to maximize rank-and-file participation in national and local union affairs. National officers are fully accountable to our union’s National Executive Board and are elected by referendum ballot.

Our annual convention is held with delegates from each PPWC local, proportional to the number of local union members.

During convention, resolutions to amend the constitution and promote social causes or political positions are vigorously debated and voted on. The convention’s location alternates between Vancouver and other communities throughout the interior and Vancouver Island. 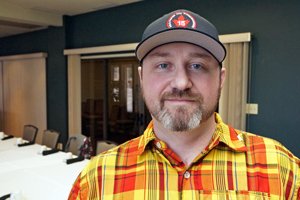 One of the reasons why I’m a member of the PPWC is that it’s a grounds-up organization. Every decision that is made in the union is made by the people on the floor. We don’t have business agents making our decisions for us. It’s important for workers to belong to unions because they protect our rights, our health and safety, and make sure that everyone gets treated fairly in the workplace. The PPWC is always willing to talk to people about their rights. If you want to contact us, we’d be glad to talk to you and make sure you’re protected in your workplace. 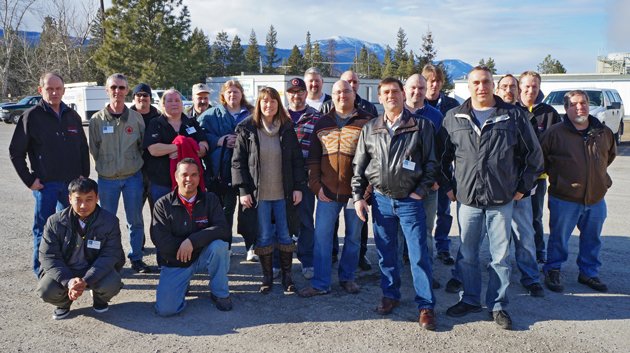 The PPWC is a truly democratic, independent and grassroots union, where your voice will be heard. Workers’ interests will be better served inside the PPWC, where you and your co-workers will be represented in the workplace and at the bargaining table.

The PPWC believes that working people in British Columbia and throughout Canada deserve better. When people come together and want to make a difference, they isn’t anything they can’t do. As the old saying goes: “United we stand strong.”

Do you want to belong to a union that believes in membership control?
Are you ready to meet your employer on equal terms?
Do you want the security of a negotiated collective agreement?

We want to hear from you. Please contact us if you have any questions or concerns. All inquiries are treated in strict confidence.

There’s also a contact form below if you prefer to message us. All inquiries are treated in strict confidence. We look forward to hearing from you.

Thank you for contacting the Public and Private Workers of Canada. We will answer your questions and concerns shortly.