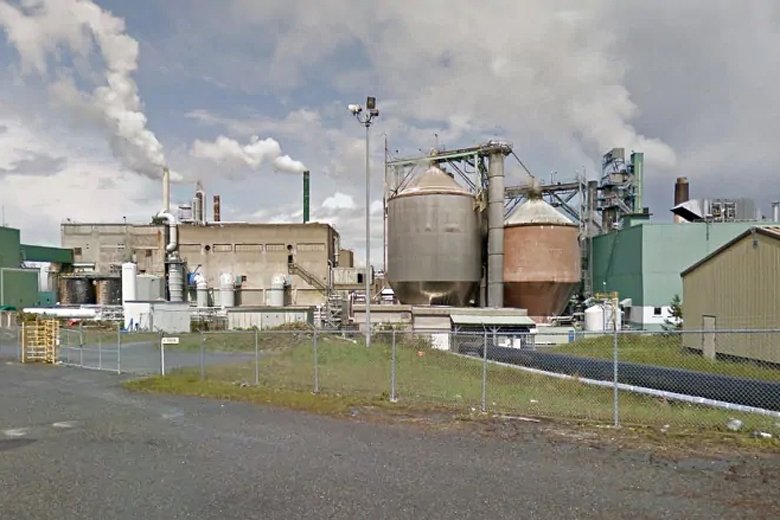 Levi Sampson says while many other B.C. businesses are closing their doors, his staff at a pulp mill in Nanaimo are hard at work to meet the demands for medical supplies.

Harmac Pacific produces a soft blend of pulp made from cedar, which is then used to make medical masks, gowns, drapes, screens, and other hospital supplies that are much needed during the COVID-19 crisis.

Sampson says the U.S. company that’s been ordering the K10S pulp for years suddenly doubled its orders over the past week.

While the mill produces five kinds of pulp, the mill’s 300 full-time workers are now focusing their energy on producing this certain blend, while a number of others are working from home.

Sampson said everyone is practising social distancing, which isn’t difficult because the facility is “huge”, sitting on more than 100 hectares of land.

Bob Smiley, a mill administrator and worker, said the sense of responsibility among workers is mixed with anxiety around the unprecedented global COVID-19 crisis.

“There isn’t any employee here who isn’t anxious,” he described, adding that a number of new casual workers have been hired to sanitize all of the mill’s high-use surfaces.

Smiley said some workers are particularly nervous that the mill could be shut down by the province if the pandemic worsens.

Sampson said the fact that his entire staff is still working “just speaks to the demand out there.”

Products may not come back to Canada

But while many Canadian medical suppliers obtain their supplies from the U.S., Sampson acknowledged he couldn’t guarantee the mill’s product would make its way back to Canada.

He said it doesn’t matter either way.

“No matter where it’s being used in North America, it’s going to take a little less strain off all places if there’s more supply to go around,” he said.

Sampson said in order to maintain proper distancing and sanitation measures, the company wouldn’t be hiring more workers. He added that while there’s plenty of cedar in B.C., the mill wouldn’t increase its production, due in part to a recent major economic downturn in the forest industry, which has inhibited the fibre supply from getting to the mill.

Other mills not producing similar pulp

Meanwhile, other B.C. pulp mills told the CBC they haven’t been producing the same type of pulp for medical supplies.

Graham Kissack, vice president and communications manager for Catalyst Paper, one of the biggest paper companies on the West Coast, said usually the pulp isn’t in high demand, and “only so many tonnes are needed.”

Kissack said the company would need to “make sure we have enough cedar fibre to make such medical grade pulps,” and it would take time for the facilities to undergo quality checks with manufacturers.

“I’m sure if there was a request, we would look into making the switch,” he noted.