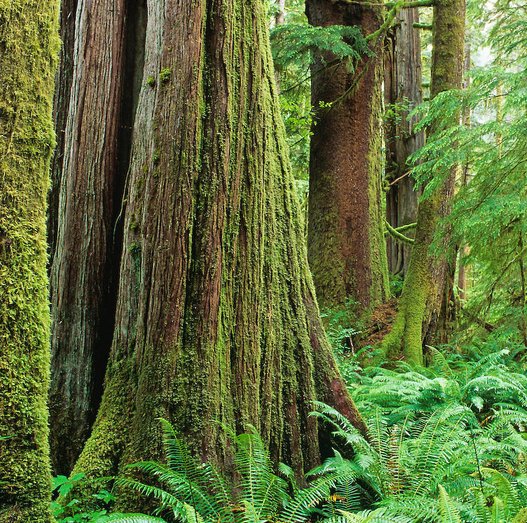 “The Public and Private Workers of Canada (PPWC) urges the Government of British Columbia to protect the remaining old-growth rainforest on Vancouver Island. Additionally, the PPWC urges forestry companies harvesting on Vancouver Island to transition to second-growth logging.

The temperate old-growth rainforest found on Vancouver Island is among the rarest ecosystems on the planet – covering less than 0.5 percent of the Earth’s surface. These forests have been lived in and utilized by First Nations for centuries and hold significant cultural values for these Nations. These ecosystems support a diversity of economic activities: forestry, tourism, and wild salmon fisheries to name a few.

Less than 25 per cent of original productive old growth forest on the Vancouver Island remains intact – local governments, environmental groups, some First Nations and unions like the PPWC are calling for the protection of the remaining stands of old-growth.

The PPWC prioritizes forest industry workers, and insists that the transition to second-growth logging protect jobs and communities in this industry. The PPWC is working with First Nations and local governments across BC and Canada to ensure our members have well-paying, community-supporting jobs into the future.

The shift away from old-growth logging would best be aided by the ceasing of raw log exports. This practice of exporting whole raw logs is detriment to our citizens, communities and sees Corporations profit most from our Natural Resources. Workers, communities and Government see little financial trickle down effect from exporting this foundational Canadian resource for other countries citizens to utilize for their economy and people.

Additionally, First Nations decision-making is paramount regarding the both the protection of remaining old growth forests and the sustainable management of second-growth forests. Provincial and Federal governments must ensure that First Nations rights and title are upheld and that these Nations have full involvement in land use planning within their territory.

Special protection for drinking water, including managing for future scenarios impacted by climate change, must also be a priority.

Communities and businesses have also advocated for greater protection of old-growth. In May 2016 the BC Chamber of Commerce passed a motion to protect old-growth in areas where other industries (tourism, fishing) gain more benefit from standing forest, and in September 2016, the Union of BC Municipalities passed a motion calling for an end to old-growth logging on Vancouver Island.

It is time to safeguard the old-growth rainforests for future generations and shift over to second growth forestry on Vancouver Island.”