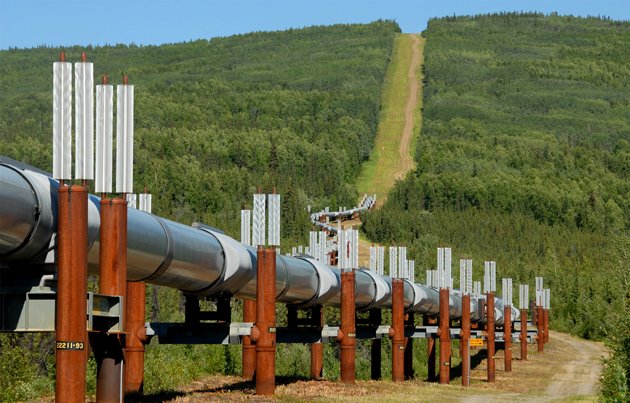 The Public and Private Workers of Canada want to express our opposition to the Enbridge Northern Gateway Project. We strongly believe this project is not in the public’s interest and would cause long-term damage to our environment.

This pipeline will traverse over 700 kilometres across remote and highly-valued areas of BC. It will cross more than 800 rivers and streams, many which are high value salmon bearing. The risk of spills of the raw crude (bitumen) will put these valuable ecosystems and species at extreme risk.

A major oil spill would put more than 7,000 jobs in BC’s fishing, tourism, and marine sectors at risk. It could also jeopardize economic and conservation initiatives in the Great Bear Rainforest by Coastal First Nations, in partnerships with the province, local communities, the forest sector, and other environmental, non-governmental organizations.

This pipeline traverses the traditional territory of a number of BC First Nations. The impact of the construction of the pipeline or, even worse, a major leak or rupture, will be severely felt by these communities who depend on the land and waters of their traditional territories for their economic, social and cultural well-being. Their rights must be fully understood and respected, and they must be consulted on a government-to-government level as has been affirmed by the Supreme Court of Canada.

Even with modern leak detection systems, Enbridge has reported that it experienced over 400 spills between 2006 and 2010 in Canada and the United States, totaling approximately 65,047 barrels of crude oil. As to the risk of an oil spill, it is a question of when, not if, the pipeline will rupture. When this happens, the remoteness of the pipeline will make it difficult to respond quickly and effectively in order to minimize the damage to these fragile ecosystems. The clean-up will be further complicated by the dense, tar-like properties of raw bitumen that are heavier than water and will sink and stick to stream bottoms.

The Public and Private Workers of Canada strongly believe the environmental, economic and social risks associated with this project absolutely outweigh the perceived benefits.

The Northern Gateway Project will not provide long-term and sustainable economic benefits for the people of BC. Shipping raw bitumen foregoes important value-added economic development opportunities involving refining and upgrading the oil in Canada.

The unrefined bitumen will travel through this proposed pipeline to then be shipped overseas from the BC coast by tankers, each with a capacity to hold in excess of 500,000 barrels. Canada will then lose out on the economic benefits and jobs that are derived from these value-added processes.

It has been estimated that a pipeline, which transports 400,000 barrels of raw bitumen a day to the USA, will also transport approximately 18,000 jobs out of Canada. Exporting skilled, high-wage, value-added jobs that could be held by Canadians is another aspect of this project that needs to be addressed.

Our national railway, Canadian National (CN), states “that its tracks lie within 80 kilometres of five million barrels a day of refining capacity, which is more than double Canada’s entire US exports.” This would be a more secure method of transportation of the refined oil.

The Union of BC Municipalities and a number of local governments have passed motions opposing the Northern Gateway Project. In BC, there are only two oil refineries operating, while five have closed during the past thirty years. Refineries are major employers, and taxpayers, in their communities. At the same time, Enbridge’s own analysis says this project will increase the price of domestic oil.

The Public and Private Workers of Canada strongly believe the environmental, economic and social risks associated with this project absolutely outweigh the perceived benefits.

The Government of BC must protect the well-being of all British Columbians.