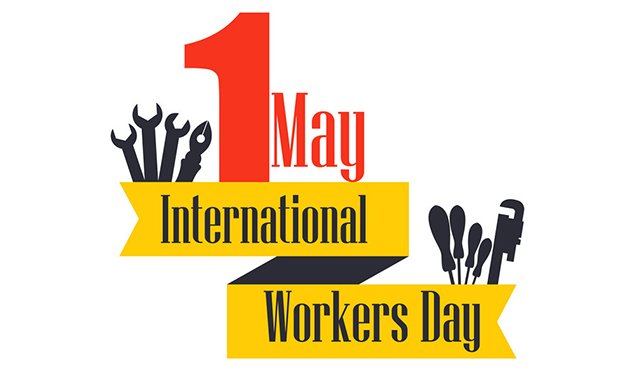 May 1st, also known as “May Day” and “International Workers’ Day”, has long been the day recognized as the date that workers gather to remember the victories of the labour movement. Furthermore, it serves as the date to rally around concerns raised by workers worldwide.

Although celebrated around the world, May Day had its roots in the historical struggles of workers based in North America. It is seen today as an opportunity to further workers rights and activism.

May Day was born of the struggles of the working class in the late 19th century. In this time, it was illegal to participate in union activity. Nonetheless, workers did join unions to fight for better working conditions, shorter work weeks, safety, and legitimacy. The things we take for granted today cost many dearly in those days.

In Canada, the Toronto Typographical Union went on strike in 1872 for a 9-hour work day. With little or no results following this action, a parade was organized in support of the striking workers and attracted a crowd of 10,000 people. During this event, George Brown (editor of the Toronto Globe and politician) sent in the police arresting over 20 protestors. This event galvanized the support of striking workers, leading to further protests and civil disobedience.

As a result, Prime Minister John A. MacDonald promised to repeal the anti-union laws and later the same year, the Trade Unions Act was passed.

In the subsequent years, Canadian workers held parades to commemorate the victories attained by the Toronto job action. In 1894, the Federal Government declared Labour Day an official holiday.

The Public and Private workers of Canada would like to thank all those who stood up for their beliefs over the last 150 years and encourages all workers on May 1 to remember the sacrifices made to give us what we enjoy today.

Below is the login information for the “virtual” Prince George May Day Celebration hosted by the May Day Organizing Committee and Stand Up for the North on Friday, May 1st at 7pm. With the theme “Working Together to Fight for the Rights of Everyone in the Midst of COVID-19 and Beyond”, the celebration will be an opportunity to discuss the current situation and the role of the workers’ movement now and into the future. We hope you can join us for this celebration of International Workers’ Day 2020!